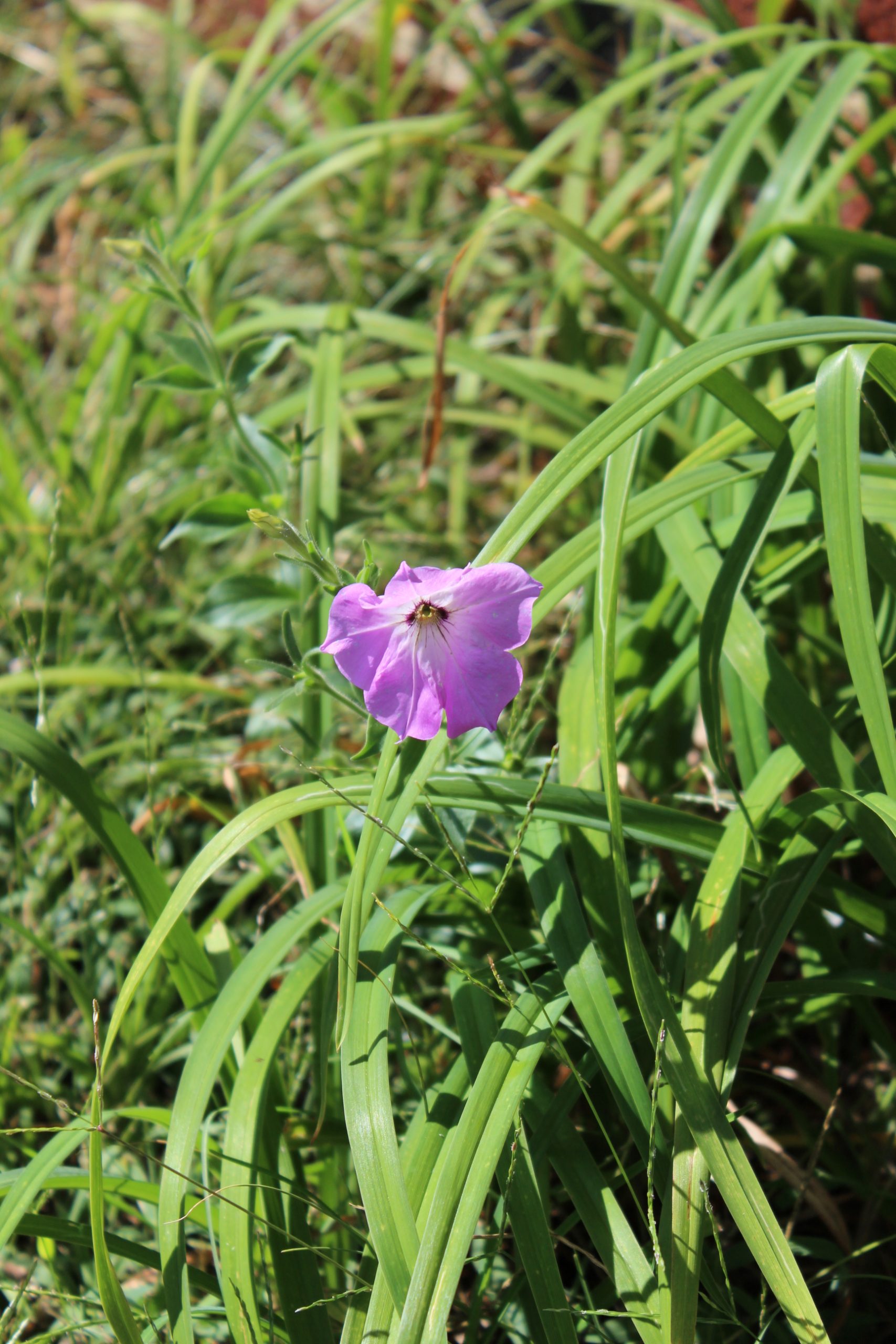 I have been neglecting this site! A month has passed since my latest book was released, and I haven’t been adding writing-related articles — as I’d planned when I started fictionwriternc.com!

So, to make up for the lack of recent content, here is a short story that I hope you readers may enjoy. It still feels kind of like a draft to me, so I may come back and edit here later.

Short Story: She Took Care of The Flowers

Exhausted, Abby let the bed covers envelop her, snugging against her sore muscles. Taking a shower had refreshed her, but she was ready to move on to sleep.

She’d worked hard in the gardens, starting with weeding early in the morning, and ending with the bonfire after dinner to burn down the pile of twigs she’d let build up over the winter.

She slept soundly. Then, as she awoke in the morning, she recalled a just-ended dream. Flowers had whirled around her. Ripe fruits and fresh vegetables covered a crystal, clear plate, as big as a car, that she’d carried easily through the yard as more pretty edibles picked themselves and dropped onto it. She smiled at the image. Remembering suddenly that it was a work-day, she jumped up, and within ten minutes was out the door and in the car, ready for the drive to work.

Her head filled with piles of paperwork, ink pens, and drudgery as she toiled at her desk. Even during her lunch break — sitting on the back stairs forcing down a dry vending-machine sandwich — papers slogged their way across her mind. When it was finally quitting time, she scooped up her car keys and all-but-skipped to the car for the drive home.

A half an hour later, the rush hour traffic behind her, she stood in the garden still in her work clothes, with her eyes shut tight. She smelled the outdoor smells, the flower scents, the musty-funny smell of the cucumber vines. Home, she thought.

Fetching the hose, she turned the water on, and sprinkled each of the gardens, the hose snaking along behind her as she circled the yard. When all the plants were dripping, the fading sunlight catching droplets at the edge, she turned off the water and returned the hose to its hanger.

She lingered. Occasionally, she knelt and pulled a weed or errant blades of grass threatening to encroach on her blossoming plants. Listening to the wind and bird song, she only headed for the house when crickets and night frogs began.

On her way to the door, she plucked two cucumbers and a handful of pink-ripe cherry tomatoes. Inside, she gave them a quick rinse. Grabbing a clean plate from the dishwasher, she dropped her day’s harvest onto it and chose one of the sharper knives from the drawer. She sliced quickly, shook salt liberally over them, and wolfed the pieces down without using a fork.

Not quite full, she slid into her shoes and headed outside, tramping across the darkening yard toward her objective. A short pile of cinder blocks in the flower bed served as a chair. She sat and, reaching down around her, she plucked nasturtiums and edible flowers. Shaking off the dirt and a bug or two, she ate two dozen flowers contentedly, as frogs in the distance provided her with background music.

Still hungry, she visited each fruit tree, checking pears, apples, and peaches for ripeness. Nothing was ready this month, and she’d known that before making her way from tree to tree. Pouting, she returned to the house, carelessly kicking off her shoes as she passed through the living room into the kitchen.

Rooting through the freezer, she found one long-lost bag of sliced pears. Its label dated two years ago, she ignored it and unceremoniously dumped the slices into a large soup bowl. Retreating to the living room, she flopped on the couch, flipped on the television, and sucked on the frozen pears before they even thawed.

The news ended, her teeth aching as she chewed the last piece of too-cold fruit from the bowl. Finally sated, she prepared for bed — tossing her now soil-laden work clothes into a corner — and wrapped herself in the warm covers. She delighted at the hazy remembrance of her morning dream, hoping that the self-picking harvest would return when she slept tonight.

A flash of light from outside slipped between the bedroom curtains. A trick of the light? she thought. The light pulse came again, this time sweeping from bottom-to-top between the curtains. No. Not my mind playing a trick. Someone’s in the yard with a flashlight!

Her mouth went dry as she sat upright, drawing the covers closer around her, and up over her mouth. Unmoving, she hoped whomever it was couldn’t see through the inch-wide space between the two curtains. It felt a mile wide, and she pulled the blanket higher until she could barely see over the top of it.

The light flickered once more, then cast a circle on the curtains as it moved off — until she knew it must be shining on the brickwork along the side of the house. Slowly scooting sideways until she could slide her feet from beneath the covers, Abby crawled quietly out of bed and onto the floor.

Situated between the wall and the bed, she listened. She heard creaking outside, and whimpered as she pictured someone leaning against the house siding, and peering in the side window — luckily that one did not faced into the bedroom where she was hiding, but she stayed still nonetheless.

She heard a thin cracking of wood, and envisioned the trellis under the roses giving way under the weight of the human creeping outside. The noise repeated several times as her eyes grew wide in the dark room. A whimper escaped her, and she pushed her fist against her lips to silence herself.

Reaching onto the bedside table, she picked up her cell phone. Her fingers quickly unlocked the phone and she typed in 911. Her thumb hesitated over the green button to make the call, as she strained to hear outside. The cracking noises had stopped.

She wished to be safely under her warm covers again.

Minutes passed, her thumb hovering over the green button. She didn’t want to call, then wait for police to respond, then explain to them how she’d “heard noises” and “saw something that looked like a flashlight” or any of that. Instead, she waited and listened. She heard her heart thumping, its beats louder than the far-off frog sounds. In the stillness, her body pulsated with each heartbeat.

A half an hour passed. She had heard no retreating footprints, her fear told her. But there are no human noises, her head countered. No more creaking. No sounds inside the house. Not even wind or the normal house-groans from the second floor. No flashlight beam was visible, either.

She stood slowly, moving silently until, ten seconds later, she was fully upright.

She deleted the 911 from the phone, then clicked the button to put the device back to sleep. Walking at a sloth’s pace to the curtains, she tugged at them until the crack between them was gone. She didn’t dare look out, lest she meet a pair of eyes outside.

Turning her back to the curtains, her imagination took the opportunity to scare her with a vision of hands shooting through them and grabbing her by the shoulders. She shuffled from the window and dove onto the bed, immersing herself fully under the covers.

Hugging the phone beneath her, she never fell asleep but stayed under the blankets all night.

When her morning alarm sounded, she rushed to ready herself for work. Peering out the windows first, she then slid the deadbolt aside, unlocked the front door, and stepped gingerly onto the porch. Seeing no movement, she locked the door behind her and ran to her car.

All day, Abby grumbled at her desk. She felt cheated of the delightful dreams, and angry toward whatever human had disturbed her evening. Finishing each task abruptly, she hammered through her work and left as soon as quitting time showed on the garish lobby clock. She was out the door before the minute hand passed the hour.

Arriving home, she raced to her backyard and surveyed the gardens. Finding that she couldn’t bring herself to close her eyes as she normally did, she peered around at the beautiful flowers and deep green tomato plants, as she breathed in their familiar scents. She felt the breeze passing as she reached for the cucumber plants, deftly twining a few stragglers onto their climbing nets.

Rain began falling. Abby sighed contentedly as she realized she wouldn’t need to water the garden tonight; Mother Nature was taking care of it. She walked through the raindrops back to the house, allowing the falling water to soak her clothes and hair thoroughly.

Passing by her bedroom window, despite the rain Abby stopped and admired the roses trellised alongside the windowpane. The rosebuds were gorgeous and flowing up the trellis, as usual. With distress, she noted several cracks in the wooden trellis. These were low to the ground, and Abby imagined a boot, or shoe, had attempted to climb. She looked at the window, fearful she might see a face peering out of the house at her, and shook her head to chase the vision away.

Pushing the rosebush to the side, she scanned the window and discovered a handprint on the window pane, next to what looked like a forehead smudge, and she yelped. Taking a deep breath, she looked at the marks closely.

Moving her hand and letting the roses fall back against the window, Abby realized that they had grown taller overnight, and were towering over the windowsill and further up the glass than they’d been the day before. They were a full three feet higher than they’d been when she’d trimmed off the old blossoms back on the weekend.

Her eyes traced the green, branching plants, marveling at the dozens of new rosebuds. She scanned them all the way up and then down again to where the trellis had been cracked. It took several minutes for the details to sink in from her eyes to her brain. Small bits of black fabric hung from the thorns. Funny-looking strips of tan — leather? — spun across the ground, barely visible between the vines. There, she spotted a flashlight at the base of the roses.

Picking up the flashlight with a shaking hand, she saw beneath it was a pinkish lump on the ground. It puzzled her. Was it an odd grub? No, more like a lump of raw meat; but, was that a fingernail on its top? Abby peered at it.  As she watched, a rose vine fell upon it, obscuring the pink thing. Then, the vine moved gently back into place. The pinkish thing on the ground was gone! Abby tried to convince herself its movement was due to the rain, now falling more steadily. Of course, it had to be the rain.

A second later, she allowed herself to understand. The lump had had a fingernail on it. The intruder last night had been real. These seemingly normal rose bushes had… what? She didn’t want to know exactly what. They saved me, she thought, and then stopped herself from thinking further.

Gulping, she stared at the rose bushes as the rain soaked her. “Thank you,” she said aloud. “Thank you for protecting me, you beautiful roses.”

She bowed to each bush in turn, then dragged her soggy self inside to make dinner. For some reason, she had a craving for steak.